ACNH is bringing the fall update

Can you feel the wind in the air? Have the leaves on your island started to turn orange? Fall has arrived in Animal Crossing: New Horizons, with acorns and pinecones falling from the trees waiting to be used to make recipes of their own. But more content is on the way! A free update for Animal Crossing: New Horizons on Nintendo Switch will be released on September 30, giving a spooky twist to the season, including Halloween costumes, character customization options, DIY Animal Crossing item and celebrations.

Additionally, the Nintendo Switch system - Animal Crossing: New Horizons Edition is returning to participating retailers for a suggested retail price of $ 299.99. Check availability at local stores. The system includes pastel green and blue Joy-Con controllers and a white Nintendo Switch dock with images of Tom Nook and Nooklings by Timmy and Tommy. 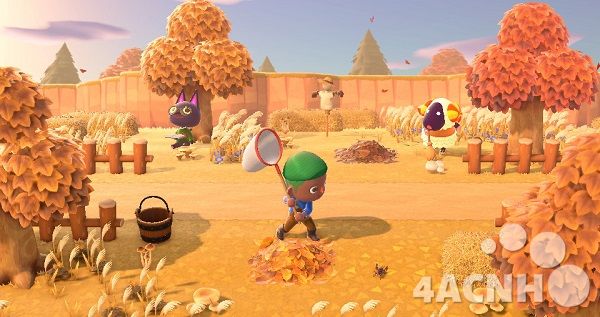 "For gamers who have yet to create their island paradise in Animal Crossing: New Horizons, now is a great time to start," said Nick Chavez, Nintendo of America's senior vice president of sales and marketing. "Players having fun on their islands in the spring and summer will find new ways to have fun while experiencing the new festive activities that fall has to offer."

Read on for a summary of the new features that the free update will add to Animal Crossing: New Horizons starting September 30:

Growing Pumpkins - Take care of your home and island for all the great fall occasions by purchasing in-game pumpkins year-round first from Leif or October from Nook's Cranny. Once your pumpkins are grown, they can be harvested and used in pumpkin-based DIY projects. 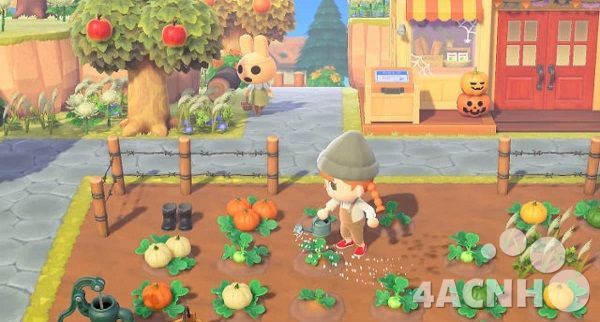 Get ready for Halloween - pumpkins are just the start of Halloween celebrations on your island. With the big day just around the corner, start stocking up on candy early. Find your style for Halloween by purchasing costumes, such as wizard dress, from the Able Sisters store in October. You can even buy body paint and colored contact lenses by swapping Nook Miles. You will also be able to learn DIY Halloween projects from other residents. On Halloween night, your neighbors will put you in a festive mood with their own costumes.

Halloween Night Celebrations - When Halloween Night arrives on October 31, after 5:00 PM, the neighbors will gather in the square, which will be adorned with an array of Halloween decorations. You will also be visited by a mysterious guest, Jack, the "Czar of Halloween". Giving Jack lollipops and candies earns you spooky in-game rewards. Make sure to save some sweets for your neighbors or you could get ripped off! Fortunately, you can learn a few new responses to properly express your fear. 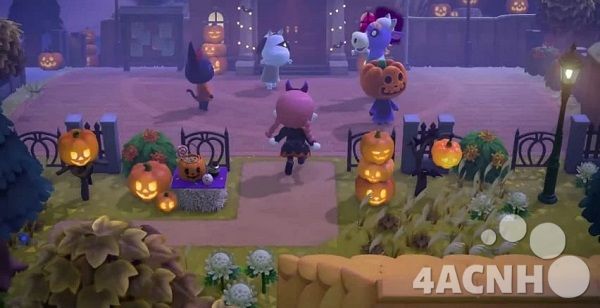 Revisiting Dreams - The ability to take a nap and visit other dream islands was introduced this summer. Now you can easily get back to your dreams from your list, making it even easier to visit some of your favorite islands.

NookLink App Update - The NookLink service in the Nintendo Switch Online smartphone app will also receive an update in early October. Thanks to the update, you can use your smart device to perform in-game responses. How about trying it out on this occasion so island guests know exactly what you think about their naughty tricks and treats?

We hope you enjoy the fall. The next update will arrive at the end of November. We look forward to receiving more information in the coming months.