ACNH offers players a rodeo-themed item for the Brazilian festival

Animal Crossing: New Horizons currently offers a limited edition of a seasonal product based on the famous Brazilian rodeo at Nook Stop.

The rodeo style spring rider is the eighth version of the spring rider - which is simply a horse-like animal mounted on a large spring and is something to be found in a children's playground. This new design features a brown horse with a yellow mane and a traditional saddle and reins, reminiscent of the famous Brazilian tradition of Festa do Pe?o de Barretos ("Barretos Cowboy Festival").

Hello friends! We're already in mid-July ... can you believe it? But it's still time for summer fun as Nook's Cranny sells a special item related to famous Brazilian rodeos. Hope you will be able to enjoy Nook's and Lasso One before August 15th! 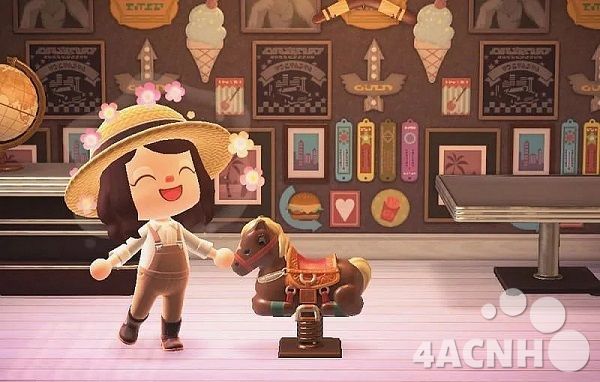 The playground ride is available for 2,000 bells, which is equivalent to the value of other toy varieties at Nook Miles. Unfortunately, it doesn't sell for the same amount as the other versions (10,000 bells) as stingy Timmy and Tommy of Nook's Cranny are willing to give only 500 bells for it. However, if you want to collect them all, be sure to pick up the new edition before August 15, 2021.

This is just one of the many time-limited Animal Crossing items added to the game, and a set of Phrygian caps has also been added this week to celebrate the French Bastille Day. Last month we also had yearly summer / winter solstice items which varied depending on the hemisphere your island is located on. For the summer team, players were offered a Sunflower Crown and Sunflower Canvas, and the Winter Klan a winter T-shirt and Aurora Wall.

Fans of the series are still hoping for a bigger update as we've had the game for over a year. There have been several rumors about this possible update, including a series of cases where data explorers found traces of a possible island expansion in the game, as well as tips for the re-introduction of Brewster's barista Pigeon. However, we have not yet received confirmation or real evidence of any of the claims.

One sign that we were sure it meant something big was Nintendo posted a promotional screenshot of the game featuring a villager's house that no fans recognized. After the theory that we would soon have more villagers emerged, Nintendo quickly stepped in and crushed the rumors, apologizing for the confusion.