The Animal Crossing franchise featured multiplayer and co-op in one form or another across multiple scenes, but has always existed in a limited capacity. For obvious reasons, Nintendo didn't want visitors to manipulate and decorate the island or city they were visiting. There's just too much risk of being abused and heartbroken against a player's creations if the multiplayer is left without moderation of any kind. Unfortunately, this moderation has become obsolete and has curbed the appeal of the multiplayer experience in Animal Crossing's latest game, Animal Crossing: New Horizons.

Animal Crossing: New Horizons has kept the tradition of the series of limiting the interaction of visiting players on each island. While visitors can shake trees, pick up fallen objects and use some of their tools, interaction with decorations is out of the question. This rule is a comforting protection for players who open their island to strangers, but for players more familiar with others it can be a real nightmare. Taking advantage of new sandbox islands where players can meet and work together will allow Animal Crossing to expand into a more collaborative form of multiplayer.

With so many Animal Crossing items, themes, recipes and tools, Animal Crossing: New Horizons has allowed players to create the perfect island in the game. Unfortunately, there is no way to access these items without using your precious time, space and resources by creating them first. Sandbox modes have been used in various crafting games in the past and have been hugely successful in harnessing players' creativity and increasing interest in the game. From games like Minecraft to Garry's Mod, sandbox modes have been shown to increase the success the game has already achieved. Given the popularity of Animal Crossing: New Horizons, it seems clear that it could benefit greatly from the sandbox mode that would retain both single player and multiplayer features. 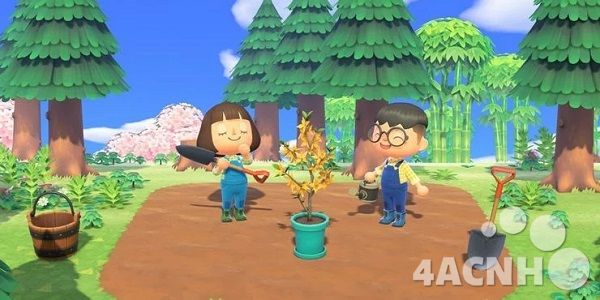 Sharing sandbox islands allowed players to collaborate on different designs and decorations, and access to unlimited resources could only increase the amount of time players spend together. The sandbox mode in Animal Crossing also allows players to explore the different appearances and themes on the island without spending time, effort and resources on their own save file. Having a place to preview different projects and collaborate with others to create new and exciting Animal Crossing builds would exponentially increase the usability of the multiplayer mode.

Currently, the only attraction of ACNH's multiplayer game is catching insects or fish, interacting with traveling NPCs, using turnip prizes, visiting shooting stars, or seeing new projects that players have implemented on their islands. Since Animal Crossing: New Horizons has been around for a long time, many players have already found their coveted look for their island. Adding several features to ACNH could change that, but for now there just aren't enough reasons to spend time with other players in the group.