What new activities should the ACNH update add?

Nintendo's E3 showcase didn't bring any major news about the content of Animal Crossing: New Horizons, leaving many fans doubting the game's future. Its success during the COVID-19 pandemic has managed to expand Animal Crossing's fanbase and attract new players to the Nintendo Switch console. Thankfully, with no news of ACNH's continuation and popularity still intact, it appears Nintendo will continue to invest in future game content. Animal Crossing: New Horizons has many different events and features that can be expanded to improve your gameplay.

Animal Crossing: New Horizons has improved many aspects of the series since its launch with seasonal events such as Rabbit Day, Festivals, Wedding Season, Halloween, and Holiday Season. In addition, ACNH introduced terrain modification and crafting into the series. Despite these features, there is still more to add to the game, as well as existing features that can be expanded. Doug Bowser, president of Nintendo of America, assured fans that new content will be released in Animal Crossing: New Horizons.

One of the easiest ways to introduce new activities is to add cooking and eating items to Animal Crossing New Horizons. By expanding the existing crafting system and introducing a new item category, players would get a new regular activity to participate in. It would also give Nintendo the ability to bring Brewster back from Animal Crossing, or it would allow players to run their own restaurant and trade food with other villagers. Introducing food items that can be made can also make island fruits valuable for something other than Animal Crossing Bells. Different villagers with different personalities may prefer different foods or flavors, and the food to be prepared may be another method for players to improve the relationship with the villagers. . 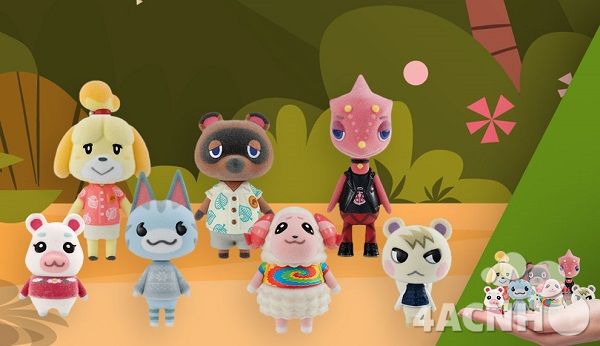 Two of the most distinguishing features of Animal Crossing are the villagers and the decoration of houses and islands. Players in Animal Crossing: New Horizons spend hours hunting desirable villagers, with some villagers being more popular than others. Nintendo can take advantage of this popularity and use the villagers as a competitive force in decorating. ACNH already has a decoration-based rating system within the Happy Home Academy. Currently, Happy Home Academy evaluates everyone on the individual islands based on their decorations, and the results are only shared through letters and slurred dialogue in conversations with neighbors. Converting decoration into competition with the players' neighbors encourages them to upgrade their current designs and turn their villagers into new challenges. Rewarding the best decorated house on the island with rewards will also be an incentive to return to the basic mechanics of the game.

Another feature that would be welcome in the ACNH community is the ability to build on higher levels of each island and expand the build space as a whole. The addition of a greater height would allow players to make better use of the island space and use more decorations and designs that would otherwise be unattainable. The first anniversary of Animal Crossing: New Horizons is over and we've gotten more items and recipes since launch. . With new design choices available to players, Nintendo may also try to make carriers more accessible to players. Moving visiting merchants and merchants to permanent expansions on player islands expands the buildings available to players, and characters like Redd and Kicks can do well with the island's thrift store or shoe store.

Animal Crossing: New Horizons has expanded many of the already existing features in the Animal Crossing series, but can still improve some key aspects of the gameplay to further enhance the player experience. Introducing new food items to craft, creating decorating contests between residents and players, expanding the available building space on the island, and allowing traveling merchants to become permanent additions to player islands are all the methods Nintendo can use. to update ACNH. While Nintendo hasn't released any information about upcoming updates yet, it looks like fans of Animal Crossing: New Horizons will get some content this year.